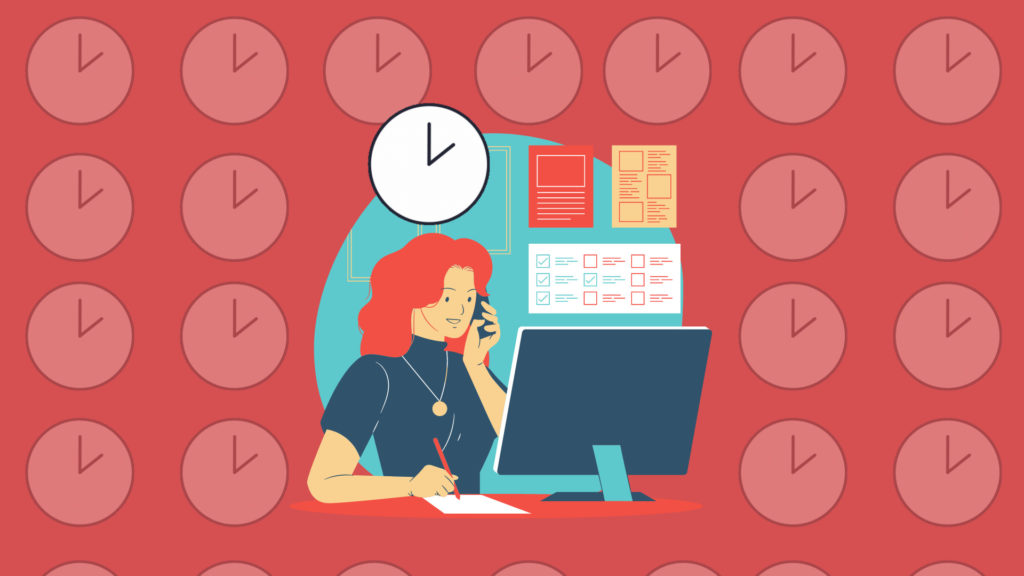 Is it (Finally) Time to Embrace the Four-Day Week?

The way we work has changed dramatically – and the transformation doesn’t seem to be over yet, with growing interest in the ‘Four-Day Week’. But does it have what it takes to stick out the criticism? Or is this another short-lived fad in the making?

Hands up if your work-life balance has shifted during the Pandemic. There’s truly nothing like being thrust into an uncomfortable and unknown situation to galvanise change, and that’s exactly what we’ve seen since early 2020.

Gone were the lunch and learns at crowded co-working spaces, the quick chats at the watercooler, and the dreaded commute – replaced, of course, by working remotely, comfortable attire, and a lot of video calls. While we’ve all adapted to that at a different pace and with varying degrees of success, one thing has become quite clear: we’re not working the same way our predecessors did.

Unsurprisingly, many employees have expressed not wanting to return to the office. Can we blame them? The explosion in remote working technology capabilities and the freedom to work with more flexibility has given people a taste of what true work-life balance can be.

The shift towards hybrid working – addressing the needs of those who prefer a mix of tradition and modernity – further demonstrates that we’re not quite done getting comfortable in this new normal. But where do we go from here? What’s next in the great workplace transformation? Why, it’s the four-day week, of course.

Compared to what we think of as a ‘traditional’ work week, the four-day week is comprised of roughly 28 hours at work, with an extra day for the weekend – all without a reduction in pay. Sounds incredible, right?

Don’t worry though: if a whole day out of the office feels daunting, many advocates also highlight the possibility of dividing those hours across all five days – giving employees an earlier finishing time to be with their families, pursue their own interests, or simply to unwind from workplace stress.

It’s the reduction in hours without a reduction in pay which is key to the four-day week dream – how that works can be worked out between employer and employee.

Don’t worry, the anxiety is understandable. After all, surely it means you’ve got to clear your entire to-do list in four-fifths of the time, right? The good news is that trials of the four-day week taking place around the globe have been largely very positive – and increased productivity takes care of the pesky to-do list problem.

That’s because working four days a week is not as unrealistic as we might think – after all, the ’40 hour’ week we know and sometimes loathe was once little more than a fantasy. If we take a short trip back in time, we’ll find that it was only 1926 when Henry Ford first introduced the 40-hour, 5-day week to his factories (without reducing wages, of course). This decision triggered its own widespread movement that led to more workers rights.

What’s changed between then and now, however, is that we have the advanced technology needed to properly automate mundane tasks to save time. Meanwhile, solutions such as Microsoft Teams allows for remote collaboration, eliminating the need to commute to a meeting that could definitely have been an email. Factoring in technology, timing, and how society has changed, and it’s clear that we’re due another change in working hours.

What’s in It for Employers?

It’s a fair question to ask and the answer is: plenty.

Chief among them, as touted by four-day week proponents, is employee wellbeing. With more time to look after themselves and their mental and physical wellbeing, employers will likely see a drop in sick leave and staff turnover. Attracting and retention are particularly hot button issues right now, as the pandemic’s lingering effects sees the ‘Great Resignation’ splashed across headlines, so tackling something as fundamental as wellbeing is a must.

If employee wellbeing sounds too intangible for some, then there’s the matter of productivity. Thanks to the reduction in available time for procrastination and the adoption of automation, trials of the four-day week have largely seen a rise in productivity. During their four-day week trial, Microsoft Japan reported that productivity soar by 40%, with staff feeling more energetic and focused – much to the benefit of the organisation as a whole.

Elsewhere, employers can tap into diverse new demographics and their abilities – an advantage they’ve already been able to enjoy during the shift to hybrid and remote working. By reshaping the work week, employers are opening doors for talented (yet often overlooked) individuals, such as parents responsible for childcare, neurodivergent staff who thrive in less conventional environments, and those who must negotiate between their careers and their disabilities.

All in all, everybody has the chance to be a winner.

OK, But What Are the Cons?

Sure, working four days a week without a drop in pay sounds Utopian at this point – there are, of course, limitations to the initiative.

One of the most prevalent negatives – and one which severely restricts who can participate – is the potential for customer dissatisfaction if services aren’t accessible all the time. This can be resolved, however, with staggered schedules and by utilising AI and solutions such as chatbots to ensure availability.

There’s also the natural concern around finances, with some employers worried about the cost of compensating all employees for an extra day off every week – though trials suggest that organisations will likely see a return on this expenditure soon after implementation, thanks to productivity increases and staff retention.

Finally, there’s the confusion that four days should mean ‘compressed hours’, i.e., attempting to work the traditional amount of time in just four days. This can lead to decreased productivity, job dissatisfaction, burnout, and an impact on the precious work-life balance – so it’s important to have such an initiative mapped out clearly, and that everybody is being catered for.

How Do We Get There?

This all sounds too good to be true, doesn’t it? Well, I’m happy to report that it’s not; trials have already started taking place around the world. In June 2022, a pilot programme involving 60 businesses will launch in the UK.

Of course, no dream worth having happens instantly – and as we’ve seen from the pandemic, that can get messy quickly. The trials currently underway are the ideal test for how possible a four-day work week is, but they needn’t be the only steps businesses take to slowly inch towards the new workplace reality.

To begin the transition, businesses could start by trying the following:

After a difficult and transformative two years, it’s encouraging to see a shift towards measuring employees on output rather than hours worked. Although it’s not likely we’ll see the four-day week rolled out everywhere by the end of 2022, there’s strong evidence to suggest that this will be the next transformative step towards a better way of working – and what a world it’ll be.

Make adopting the four-day week a breeze by optimising your IT team’s time, supporting remote working, and securing cost savings – all possible with Surveil’s unparalleled Microsoft 365 and Azure insights. Get in touch to find out more or ask your affiliated Microsoft partner about using Surveil. 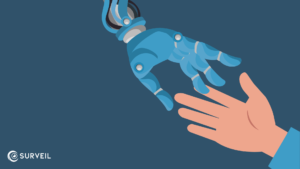 How Technology Meets Us Where We Are

As Microsoft launches its ‘Be You’ campaign, we’re looking at how technology can level the playing field for learning differences in the workplace. 3 minute read 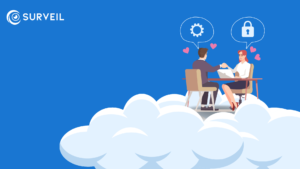 Want a Secure JML Process? HR & IT Are a Match Made Heaven

How secure is your JML process? Are IT and HR talking to one another to ensure risks are being mitigated? That's the key. 3 minute read 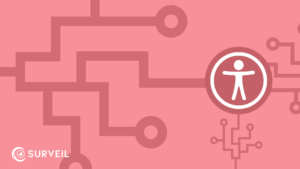 How the Right IT Insights Can Empower Inclusive Change

Time and technology have both taught us that inclusive change is a popular idea for a reason - it’s key to the success of transformational initiatives, especially if driven by the right insights. 3 minute read 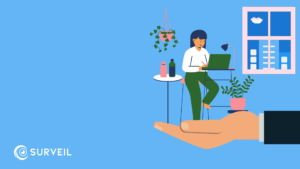 Belts are Tightening, But We Can Still Support Remote Working

With a newly distributed workforce and tightening IT budgets, your first question (after wondering about the water cooler) is probably ‘how do we keep supporting remote working in this new landscape?’. We’ve got some thoughts.  5 minute read